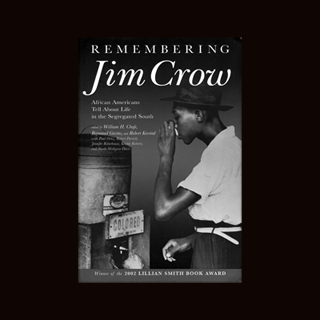 During the time of slavery, the history of white owners procreating with female slaves is well documented. Those children were not seen as the son or daughter of the master in a familial way, but as another slave in the sense of property. They toiled side by side with the other slaves, not recognized or treated as a descendant of the plantation owner. On occasion an owner might show favorable treatment of children he sired; however, it was not in the form of inheritance. Ownership was left to white descendants only.

This practice continued into the Jim Crow era where ownership was systematically held for the white race. A concerted effort was made to restrict Black Americans from owning property. This allowed the ruling class to keep them in the role of servant; and maintained the status of wealth and superiority for the whites.

This belief system was so ingrained in the culture of the South that it was not unusual for Grandfather Cooper to deny a rightful inheritance to his only son, Mr. Jefferson. Instead, he aided him with small advantages which elevated his place within the black community but not at a level that would have been portioned to his only son if he had been white.

Many years later we see this practice repeated by Granddaddy Tucker. His first born son, Addie’s father, would not receive ownership of any property. He was given life use of a small portion that provided a meager sustenance for his family, but it did not allow him to prosper at a level appropriate for a descendant of James Tucker. Ownership was reserved for his white son. We see Daddy continue the practice of giving just enough to survive. When Daddy added fields to help defray the cost of college for Cal and Missy, he never offered more land to James. Addie had to find a way to make it on her own. Many years later Missy acknowledged some of the unfairness, but there was no suggestion these wrongs should be made right.

In Silent Ties, Grandfather Cooper and Granddaddy Tucker both loved black women, produced children they cared for, yet they followed societal norms of relegating their bi-racial offspring to a second-class life. Even love didn’t challenge the rules in the segregated South.

To learn more about these practices I invite you to read Remembering Jim Crow, edited by William H. Chafe, Raymond Gavins, Robert Korstad and the staff of the Behind the Veil Project. In future blogs, we will examine other issues highlighted in these fascinating first-person reports.

“Those who cannot remember the past are condemned to repeat it.” Santayana